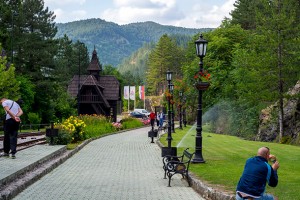 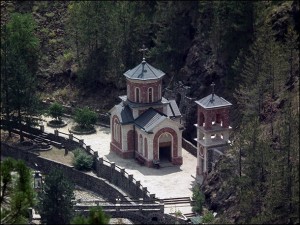 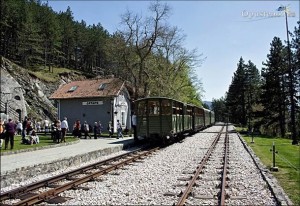 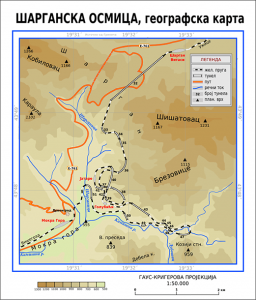 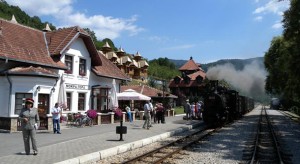 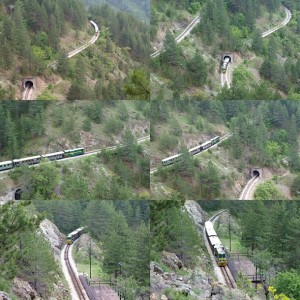 Višegrad is 25km away from “Šargan Eight”.

„Šargan Eight“ is a tourist-museum complex of rialiroads owned by the Museum of Serbian railways. This narrow gauge railway of 600 mm and 760 mm, is unique in Europe, and its occurrence is related to the beginnings of the Serbian railway traffic.

After Serbian-Turkish war (1876-1878) a railway was build alnogside the Morava river, from Belgrade to Niš, and in 1907 the construction of a railroad from Stalać via Uzice and Šargan to Visegrad started. Part of the railway from Stalać to Užice was constructed in 1912, before the start of the First Balkan War. The Balkan Wars and then the First World War delayed the construction of the final section of the railway from Užice through Mokra Gora to the border with Austria-Hungary which annexed Bosnia at that time.
Constructions on the railway continued in 1916 by Austria-Hungary that also occupied a part of Serbia at that time. They built 9 km of railway to the foot of Šargan mountain. During tunneling through this massive, a stone landslide has killed about 200 people, mostly Russian and Italian prisoners. Because of the accident, the constructions were halted and continued by the Kingdom of Serbs, Croats and Slovenes in 1921.

Nowadays, steam engines and narrow-gauge railway are a part of history. Last passenger train passed Sargan in 1974. However, at the initiative of the Regional Association of people of Mokra Gora, Serbian Railways in 1999 made a decision on the renewal of the railway and its activation for tourism purposes. Time table and ticket prices may be found at the following link. 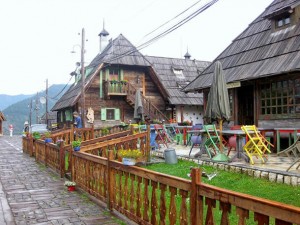 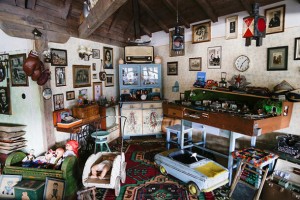 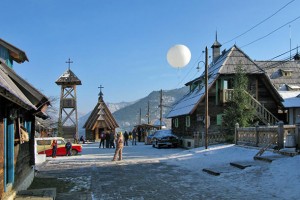 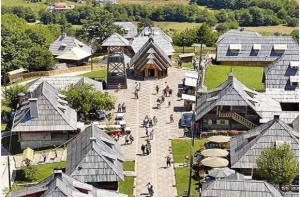 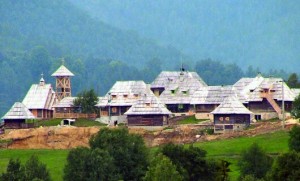 Višegrad is 27km away from Mećavnik.

Ethno-cultural and tourist complex Mećavnik (also known as Timber Town or Küstendorf) is located on the top of the hill Mećavnik near the village of Mokra Gora. The creator of this unique settlement is a famous film director Emir Kusturica, who got the inspiration for this extraordinary effort while filming the movie “Life is a Miracle” in Mokra Gora.

To build Küstendorf, authentic chalets of the area were used. Many of them, even hundred years old, have been abandoned and exposed to the ravages of time. In order for chalets to be used, they were transferred in a frame, restored and placed on a high stone foundation and cellars adapted to the slope of the terrain.

The whole concept of Küstendorf rests on a rectangular square, whose main axis is determined by the entrance gate and the position of wooden churches with pagodnim series of gabled roof covered with shingles. In addition to this small church dedicated to St. Sava and based on the old Russian wooden churches, there is a wooden bell tower, which together with the church dominates the square.

Timber Town is the site of many cultural events and the meeting place of many famous artists and athletes from around the world. From the most famous cultural events is the annual international film festival named “Küstendorf”.

More information and ticket prices may be found at the following link. 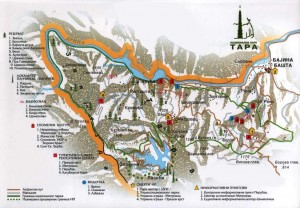 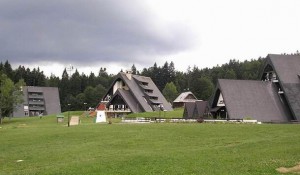 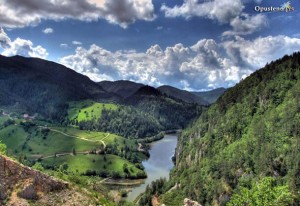 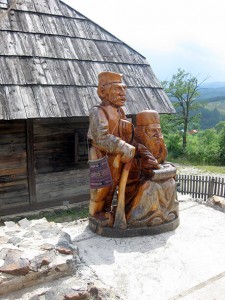 Višegrad is around 30km away from Tara National Park.

Tara Mountain was declared a National Park on July 13, 1981, on a total area of 19,175.00 hectares. It is a part of Vlach mountains (Starovlaška-raška highlands). Located on the far west of Serbia, it is encompassing an area bordered by the Drina River between towns Višegrad and Bajina Bašta. By altitudes, Tara is a medium-high mountain, with an average height of 1000-1200 meters above the sea level. The highest peak is Goat rid – 1,591 meter.

Tara National Park with Zaovine and Mokra Gora is nominated by the MAB Committee as a potential biosphere reserve, which will have a cross-border character since it will include the area of the future Drina National Park in Bosnia and Herzegovina.

At Tara, more than 40 broadleaf, deciduous-coniferous and coniferous phytocenoses were identified. Also 1,156 vascular plant species were identified which makes 1/3 of total flora of Serbia. From all plant species, 76 of them are endemic. Of the special value and significance is Serbian spruce (Picea spruce), endemic and relict species of this area that survived last ice age. 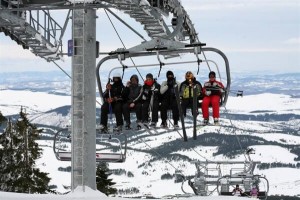 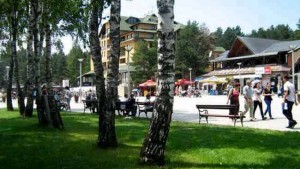 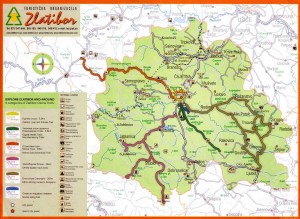 Višegrad is around 50km away from Zlatibor.

Spacious plateau full of pine trees that get amazing golden glow under the sun, nominates Zlatibor (direct translation would be „golden pine“) as one of the most beautiful mountains in Serbia. The capital of Serbian mountain tourism, crowded with toursits during the summer and during the winter, is located at an average altitude of 1,000 meters above the sea level. It is surrounded by heights such as Tornik (1,496 m) and Čigota (1,422m).

This mountain of great beauty is filled with spacious lawns interspersed with mountain streams which attracts tourists from all over the world. Thanks to the characteristic climate and air currents that can be found only here, a harmonious relationship between the forested landscape of pine, fir, spruce and spacious meadows covered with colorful vegetation, clean air, clean water, a large number of sunny days a year, beautiful ski tracks, Zlatibor has developed into a famous mountain tourist center with the longest tradition in Serbia. 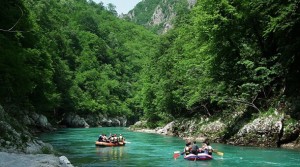 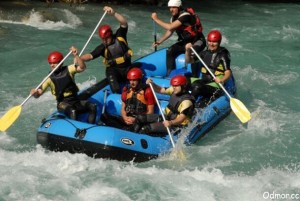 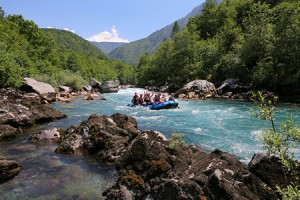 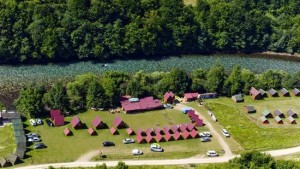 The Tara River canyon, one of the most beautiful and deepest canyons in Europe, is on the list of protected areas of UNESCO. The Tara River with a grade of 3-5 degrees on rafting scale is at the top of all rafting rankings in the world. Tara Rafting is an unforgettable experience and be sure to try it!